Division One continued their scintillating form last week down in Hawera against the Southern Sharks. The lead changed more times than my Mrs deciding on an outfit to go out in, but in the end coming out on top with a deserved 28 – 19 win. That win takes Div 1 to second on the table with a huge top-of-the-table clash this weekend against Coastal

The Colts certainly had chances to grab the win but ran out of steam late in the game to be pipped by 4 points in the dying stages. 30 – 34.

The Premiers found themselves all day on the back foot against a very determined Southern side in front of their Old Timers. Trying to get their season back on track, Southern came out firing and the Doggies found themselves behind on the scoreboard very early on. It turned into a bit of a try-fest for both teams and the gap closed to a few points late in the second spell. However, Southern was the more determined team and grabbed their first deserved win for the season. 33 – 47.

Division Two travelled to Coastal with a very different team line up than the previous week. But no excuses playing a classy Coastal outfit who dominated the game throughout winning the fixture 80 – 22.

We move into the second round this week with all teams at home for our OLD TIMERS DAY.  The Premiers and Division 1 take on Coastal, Division 2 playing Southern and the Colts playing a friendly against New Plymouth Boys High School 2nd XV (due to Coastal Colts defaulting for the season). 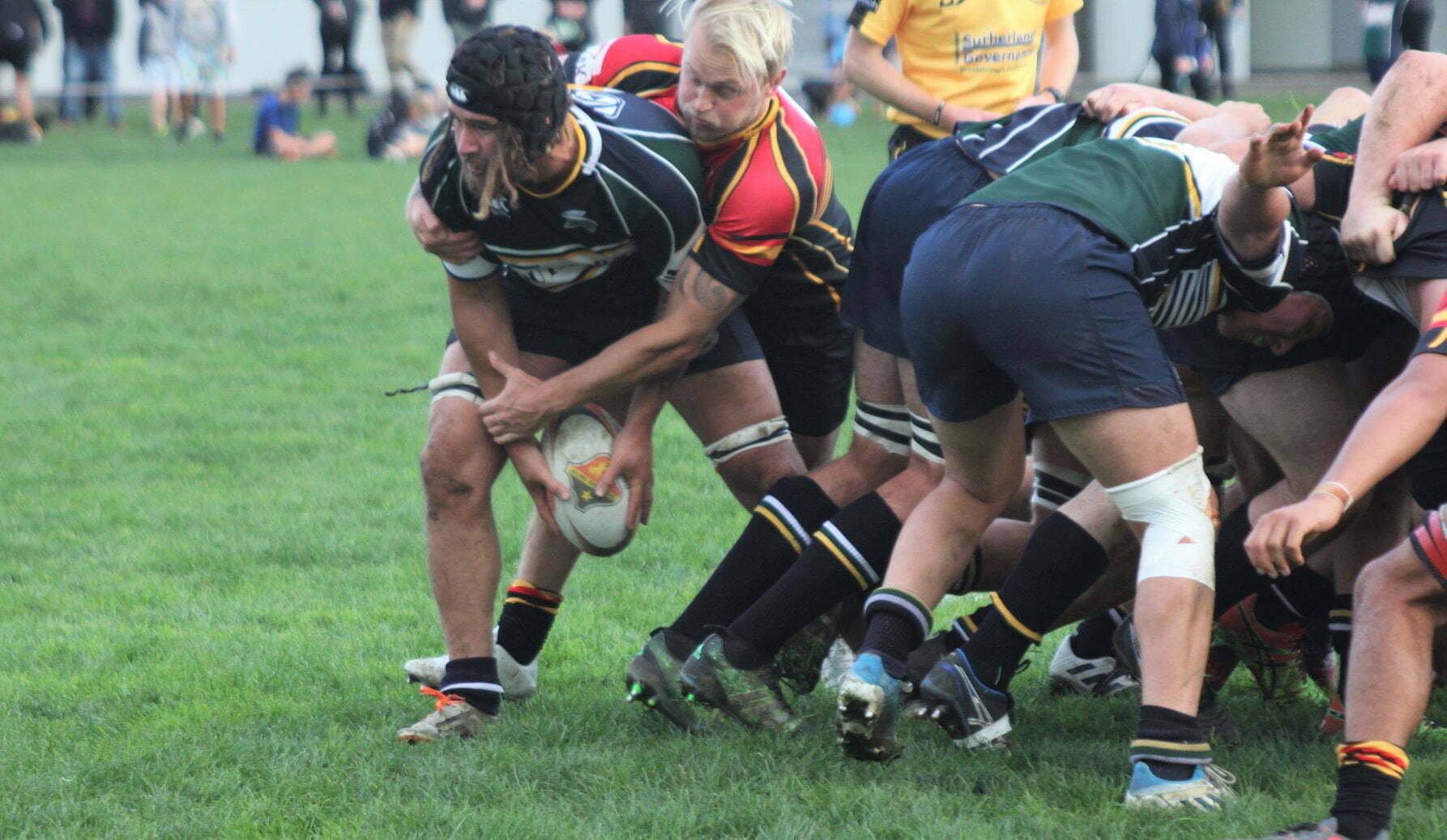